Ashley Purdy is exactly the kind of musician you get when you combine art, fashion and music into an explosive cocktail. Not too common, but suffice to say that the music scene in general could certainly benefit from a musician with such varied tastes all across the board. That is for absolutely certain. He is out to prove that the world of rock and roll is a lot more than just the music by fully embracing the fashion and art side of it as well. Even though most people are unaware of this fact, his clothing line has been around for several years and is getting the recognition it rightfully deserves only in the past three years or so. Well, better late than never, as they say. Being a graduate of Otis College of Art and Design has helped in a lot of ways, this along with his curiosity towards art in general ensured that his interests would always be geared towards fashion in some way or the other. So the real question is – with so many other musicians setting up their own clothing lines, what makes Ashley’s clothing line special or unique in any way? 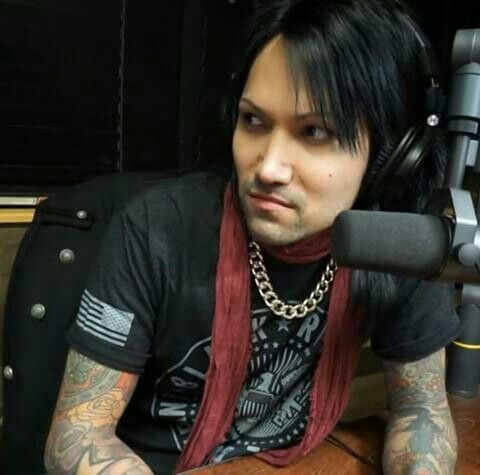 For starters, it has no specific beginning or end, having more of a seamless and integrated approach as compared to a separate entity. For any person out there with a love of rock and roll and a custom-clothing with an edgy yet sophisticated attire, this is literally tailor-made for you in every way possible. Since this is a custom clothing, its general appeal is a lot more than any other ordinary clothing out there. Most surprisingly of all, every single bit of stitching, sewing and clothing has been done by Ashley himself, along with the complete conceptualising of the art itself. This is precisely what sets him apart from the rest. Being personally involved in the creation of every single art piece out there guarantees the fact that he have complete control over everything single aspect of the entire process across the board. This clothing line had its humble beginnings in Ashley himself sketching the costumes for all  the members of the individual bands he has been in.

Having honed his skills and craft to an exceptional level over the years, this lead to the creation of his new clothing line. Far fro being a spur-of-the-moment decision in any way, it is merely a personal reflection of himself and his sensibilities in every way. Now the most striking aspect of this is that he literally does all of it by himself. And by that, we mean that he With such a predominantly fashion base, Ashley Purdy is all set to make waves in the market, satisfying his existing fans while picking up new fans in the process. Within his clothing line itself, certain offshoots such as “PurdyGirl” and “Outlaw” have catered specifically to his fans in the past. Now, with the rise of fame, all that is completely set to change for the better in every way possible. Need A Stylish Extension? Here’s How To Choose An Architect What Is Domiciliary Care?

5 Tips to Remember When Looking For a Physiotherapist

How do I find an architect? 10 Things to Consider Before Choosing a Personal Trainer

What Is The Right Time to Hire A Financial Advisor? What are the Signs That Indicate Your Fuel System Need Servicing

TIPS FOR HOMEOWNERS ABOUT AC INSTALLATION